Arctic Council Senior Arctic Officials met virtually and i.a. discussed how the Arctic Council could contribute circumpolar responses to the long-term effects of the coronavirus pandemic in the North

On 24-25 June, the Arctic Council convened for the third Senior Arctic Official (SAO) executive meeting during the Icelandic Chairmanship (2019-2021). The Chair of the Arctic Council, Guðlaugur Þór Þórðarson, Iceland’s Foreign Minister, welcomed over 60 delegates from all Arctic States, Indigenous Permanent Participant organizations, and the Council’s Working Groups. In his address, Foreign Minister Þórðarson noted the importance of continuing the work of the Council in face of the challenges posed by Covid-19 and urged delegates to pool together knowledge and experience to help tackle this pandemic.

During the meeting, SAOs were briefed on the impact of the coronavirus pandemic on the circumpolar North, the distinct circumstances and unique health, social and economic needs of Arctic communities. The briefing was prepared with contributions and input from more than 50 experts affiliated to the Arctic Council’s Working Groups, policy makers, Indigenous representatives and Indigenous knowledge holders from all Arctic States and Permanent Participants. There was general agreement that the vast knowledge collected on this most serious issue of our times in such short order was a reflection of and testament to the Arctic Council’s strength and agility. The delegates agreed to continue the work with regard to the concrete action points and recommendations contained in the briefing, in order to address the challenges posed by this pandemic.

“People and communities of the Arctic is one of four priority fields of the Icelandic Chairmanship program. Remote Arctic communities often suffer from lack of infrastructure, including distance from healthcare centers, and unreliable or limited connectivity, and we are conscious of the fact that this makes Arctic inhabitants particularly vulnerable during a health crisis,” stated Ambassador Einar Gunnarsson, Chair of the Senior Arctic Officials.

“Inuit communities in the Arctic historically experienced devastating loss of life due to lack of immunity to diseases, compounded by the absence of the resources and infrastructure required to effectively prevent and respond to them,” said James Stotts, President of the Inuit Circumpolar Council (ICC) Alaska. “These gaps in infrastructure, including overcrowded housing, lack of proper sewage and potable water systems and poor broadband connectivity, are issues we have been working to overcome for decades. In response to the pandemic, the Inuit Circumpolar Council hopes new light will be shed on identifying these gaps and that national efforts are made to address them,” he continued.

“The Sustainable Development Working Group focuses on the human dimensions of the Arctic. Our projects seek to support and enhance the health, social, cultural and economic well-being of Indigenous peoples and Arctic inhabitants,” said SDWG Chair, Stefán Skjaldarson. “The pandemic shines new light on infrastructure deficits in the region, but it also demonstrates the strengths and resilience of Arctic inhabitants. This global health crisis represents a unique opportunity to better understand and support this resilience,” he added.

In addition to the issues of the pandemic, the SAOs discussed a number of other items as part of their meeting agenda.

SAOs were pleased that the mandated review of the Arctic Council Secretariat’s (ACS) operations for the first six years determined that the ACS has operated efficiently and effectively in support of the Arctic Council and is considered to have successfully met the objectives underlying its establishment. The SAOs put in place an action plan to address the conclusions and recommendations of the review.

The executive meeting also placed a special focus on the Arctic Council Working Groups’ current and future work, including effects of the coronavirus pandemic and the progress of their overall activities, projects and deliverables aimed to be presented to the Arctic Council at the Ministerial meeting in May 2021.

Coronavirus in the Arctic: It is imperative to keep the virus out 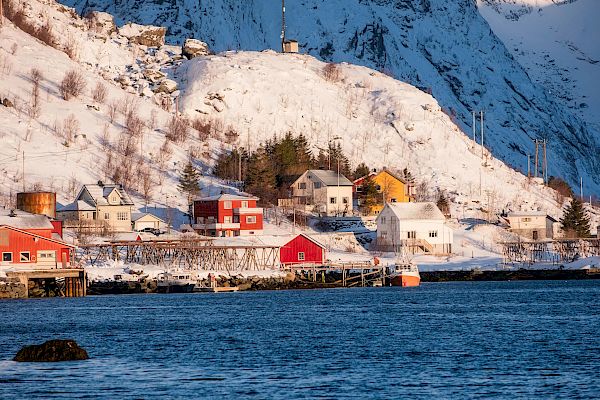 For the Arctic, from home: Arctic cooperation amidst the Coronavirus pandemic